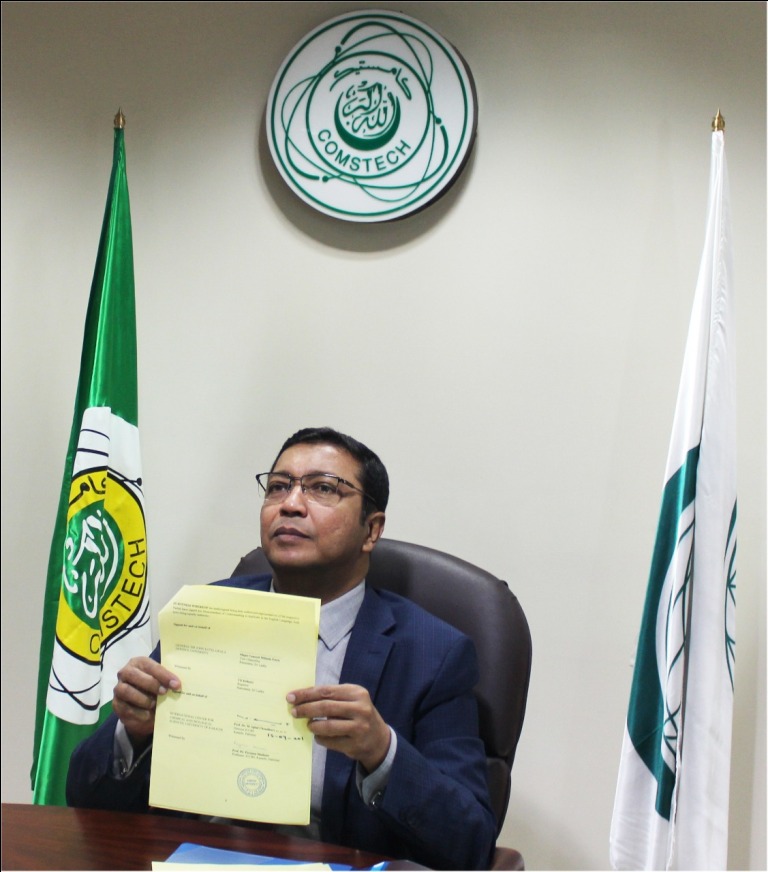 As per the MOU, both leading institutions intend to promote collaborative research and academic activities in various areas of science and research. On behalf of their institutions, Prof. Dr. M. Iqbal Choudhary, Director of the International Center for Chemical and Biological Sciences, and COMSTECH Coordinator-General, and KDU Vice Chancellor Major General Milinda Peiris signed the MoU in an online meeting held on Wednesday. Various Sri Lankan and Pakistani officials and scientists also attended the online meeting.

Prof. Iqbal Choudhary, speaking on the occasion, said that ICCBS was one of the eminent centers of excellence and one of the academic research establishments of chemical and biological sciences in Pakistan.

The ICCBS as a center for excellence owns an international stature in the field of science and research, he said, adding that ICCBS is the only institution in Pakistan that is not only certified by ISO but it also became ‘UNESCO, WHO, OIC, and NAM- S&T Centre for Excellence’.

He said, “Center is known for its excellence in academic research and graduates training. At the same time the center is serving to industries and government agencies.”

It is pertinent to mention here that the KDU is a state Defence University, which is now open for civil students who wish to continue their higher studies in the fields of Engineering, Law, Management, Social Sciences and IT.

The MOU will also encourage the joint supervision of 5 PhD scholars every year in the fields of mutual interest.

According to the MOU, this agreement will be in effect for a period of five years from the date of execution and may be extended by mutual agreement in writing by both parties.